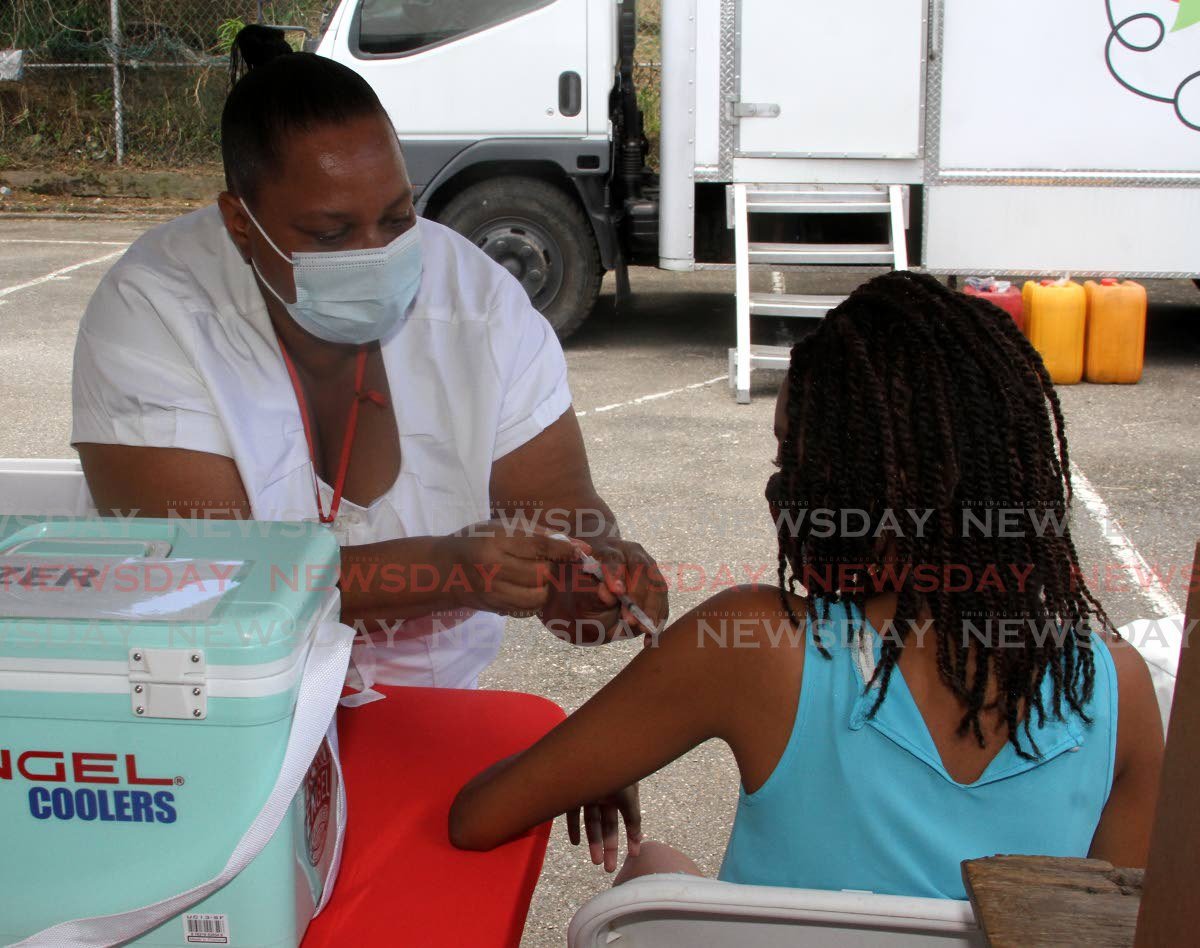 480 million dollars spent in the fight against covid19

The Department of Health has spent $ 480 million on the country’s response to covid19 since the start of the pandemic.

Health Minister Terrence Deyalsingh thanked taxpayers for their contributions to infrastructure, human resources and consumables, including building and modernizing facilities, paying for quarantine, and purchasing equipment and equipment personal protection.

“It’s a big company and all of this was provided without any casting to the covid patient. But the taxpayer, and we have to thank the taxpayer for that … The taxpayer rushed to TT’s rescue to the tune of $ 480 million, or nearly half a billion dollars worth of TT.

“And is this number tenable?” We will have to continue to provide it. But think about what that money could have done for other aspects of health care. “

Speaking at the ministry’s covid19 virtual press conference on Saturday, he also announced that the Bookmakers Association of TT betting shops would be allowed to open in October as part of the TT Safe Zone initiative. The betting shops will join gyms, restaurants, cinemas and private clubs which would be managed by vaccinated staff and open to vaccinated customers.

Chief Medical Officer Dr Roshan Parasram added that parallel health system hospitals across the country were at 35% capacity and there were nine pediatric cases in these hospitals, all at the ward level and stable.

And although the vaccination of children with the Pfizer vaccine has slowed down over the past week, adults continue to rush to get it.

And while vaccinating adults is a positive step, Deyalsingh encourages parents and guardians to have their children vaccinated before the vaccines expire.

On September 3, the Prime Minister announced that 50,000 doses of Pfizer would be allocated to the general public to immunize 25,000 people. Since then, approximately 15,000 adults have been vaccinated with Pfizer, including 444 health workers and 366 pregnant women.

Speaking at the press conference, Deyalsingh said: “Since we opened Pfizer to the general public this week, and I don’t want the public to be misled by the numbers, many more adults are now benefiting from vaccines. Pfizer as opposed to children. And while it’s good for adults, it’s not so good for kids.

He said of the country’s 90,000 school-aged children, 33,540 received their first dose of Pfizer, and that number included 230 migrants. When the vaccination of children aged 12 to 18 began on August 18, the daily intake was about 3,400, but on Thursday and Friday the intake was 550 and 549 respectively.

With around 60,000 doses of Pfizer left reserved for children, he encouraged parents and guardians to get their children vaccinated as soon as possible to protect their children, especially from the delta variant, to enable them to return to physical school, and for their lives to return to a certain degree of normalcy.

He added that the immunization status of teachers and details of the rollout of vaccinations in schools would be managed by the Ministry of Education.

In addition, on Friday alone, with the awareness program, 318 people were vaccinated with the Johnson and Johnson vaccine.

Expressing his disappointment at the low vaccination rate in Tobago, he addressed the unvaccinated.

“The people in Tobago who encourage you not to get the vaccine, they won’t be there for you when you are sick. They won’t prove the hospital space, and Tobago is already in dispute. They won’t take care of your family if you die. They don’t have your best interests at heart. I therefore call on the citizens who reside in Tobago to go out and get vaccinated.

He added that during the last weekend of September and the first weekend of October, it was planned to coordinate with Members of Parliament and professional associations to get people vaccinated in Port of Spain, Tunapuna. , Sangre Grande and central and southern Trinidad.

The RHA also partnered with Laventille West MP Fitzgerald Hinds to allow people to visit the Beetham Gardens Community Center, St Barb Basketball Court and Laventille Rhythm Section on Saturday 9 a.m. to 3 p.m. vaccinate. The RHA planned to go to other communities at the end of the month, including the Brian Lara promenade, Port of Spain, supermarkets and major markets.

Additionally, those who received their first doses of vaccine at the NWRHA drive-in and were due to be vaccinated over the weekend could visit the Paddock until 6 p.m., as the drive-in, now located at national stadium, was closed over the weekend.

He said that with the wide availability of vaccines in TT, most people should now have been vaccinated and no one should die. Yet he called on people not to become numb to the deaths announced every day.

Watch Mudvayne put on their first show in 12 years

Highway 427 extension between Finch and Major Mack opens on Saturday