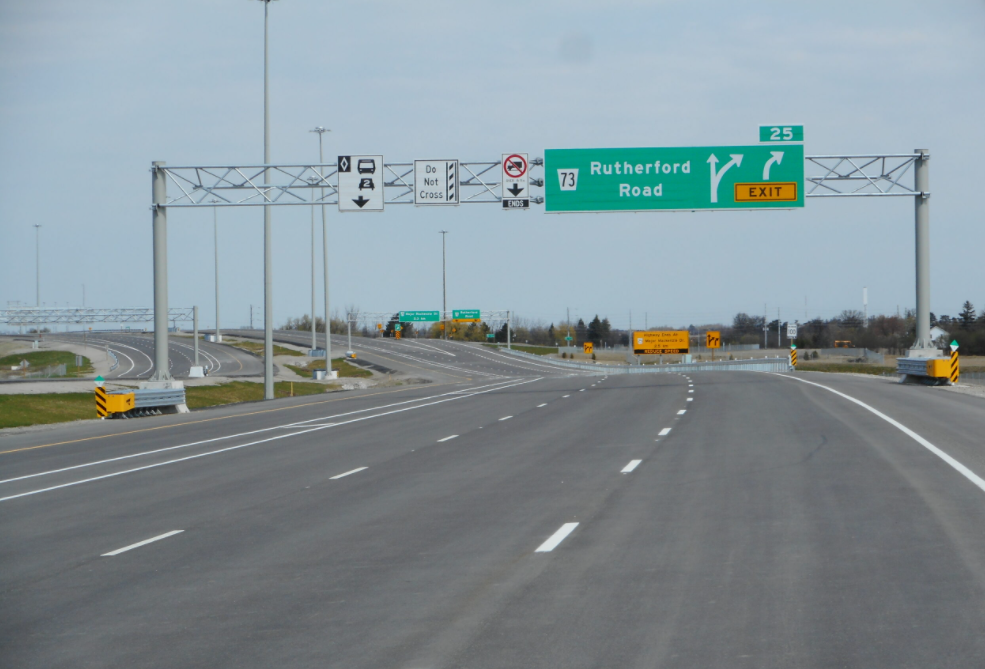 Highway 427 extension between Finch and Major Mack opens on Saturday

Expanded sections are expected to save commuters up to 25 minutes of commuting time for round trips during peak periods, depending on the province

“I am pleased to announce that the new and widened sections of Highway 427 will be open to the public on September 18,” said Caroline Mulroney, Minister of Transportation. “As part of our vision for the Greater Golden Horseshoe, our government is investing in highway infrastructure to tackle congestion and meet the growing needs of Ontarians.

The expansion of Highway 427, which serves as a busy commuter route to the city of Vaughan and surrounding communities, is expected to save commuters up to 25 minutes in total commute time for a round trip during peak periods compared to driving in parallel with municipal roads.

A four-kilometer segment has also been widened to eight lanes from Finch Avenue to Highway 7, as well as an upgraded full interchange to Highway 7.

“The extension of Highway 427 will greatly benefit the people of Vaughan-Woodbridge. Not only will this help eliminate vehicles causing crippling traffic jams from our local roads, it will also make our community safer while reducing travel times for commuters and commercial vehicles, ”said Michael Tibollo, MP for Vaughan- Woodbridge. “Above all, it means creating new opportunities like we have never seen before.”

Improving highways, roads and bridges across the province is a key part of the government’s commitment to be a world leader in the safe movement of people and goods while stimulating economic growth and creation. jobs by investing in transport infrastructure.