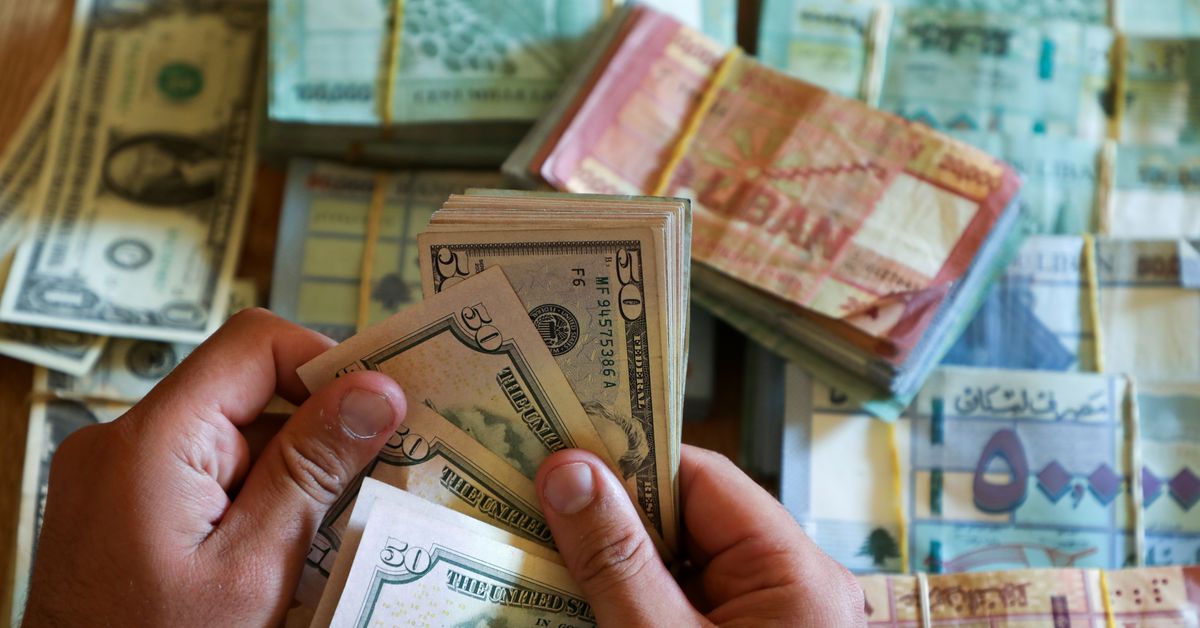 BEIRUT, Sept. 29 (Reuters) – Lebanese central bank rejects any change in the exchange rate used to withdraw Lebanese pound cash from US dollar accounts in the absence of a comprehensive plan for the deep-seated economy financial crisis, the bank said on Wednesday.

The hard currency has dried up in Lebanon since it collapsed in a major financial crisis in 2019, and savers with U.S. dollar accounts were only able to make withdrawals in Lebanese pounds at a rate of exchange 3,900 pounds to the dollar.

This involves a de facto haircut – or cut – of around 80% on the value of their savings, with dollars changing hands to around 17,000 pounds on the parallel market on Wednesday.

Parliamentarians are calling for an increase in the rate applied to cash withdrawals. But in a statement on Wednesday, the central bank said any rate change in the absence of a comprehensive financial plan would have “big consequences” on the money supply “and the dollar’s exchange rate.”

The central bank said it was extending the current rules that determine the exchange rate used for cash withdrawals from hard currency accounts until January 31, 2022, “to give the government time to present its plan for reform, “the bank said.

Prime Minister Najib Mikati, who took office this month, has pledged to relaunch talks with the International Monetary Fund and implement reforms to address the crisis.

Zack Greinke could come out of the bullpen