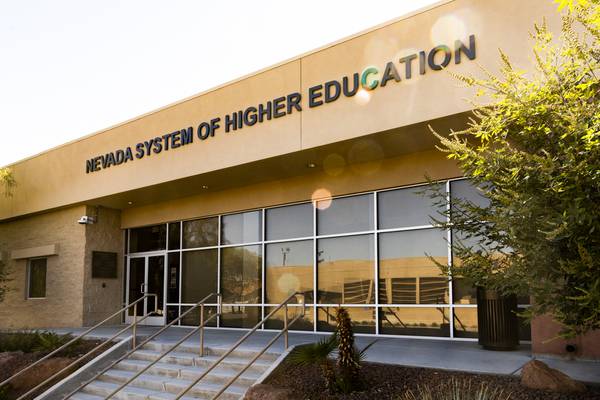 Nevada Higher Education Chancellor Melody Rose has claimed that Board Chair Cathy McAdoo and Vice President Patrick Carter have undermined and micromanaged her, discriminated against her on the basis of her gender and have committed a multitude of ethical breaches.

A member of the Nevada Board of Regents is once again pressuring the president and vice-president of the board to step down from their leadership positions amid allegations by the Chancellor of the Nevada System of Higher Education that the two have abused their authority and committed other irregularities in an orchestrated attempt to hunt her out of her job.

Regent John T. Moran, who this month called on President Cathy McAdoo and Vice President Patrick Carter to relinquish their officer positions amid Chancellor Melody Rose’s complaint investigation, emailed the two on Friday asking them to opt out.

“I expected you both to recognize the seriousness of these allegations and to work with me and our colleagues in a constructive and transparent manner to address any concerns and minimize any further harm to NSHE,” he said. he adds. Moran wrote. “You have chosen not to do anything which, needless to say, compounds my deep disappointment in you. “

Rose made her allegations in an October 4 memo to NSHE’s General Counsel. Among her claims: The two repeatedly humiliated her, undermined her authority, hijacked her to hold inappropriate conversations with her subordinates, discriminated against her on the basis of her gender, and may have committed violations public meetings.

The board has hired a Las Vegas law firm to independently investigate Rose’s complaint, with Moran calling on McAdoo and Carter to step down as officers while the investigation is ongoing.

In his Friday memo, Moran says he independently confirmed that communications have ceased between Rose and the two board members, with troubling implications for the management and direction of the system.

As part of Nevada’s higher education oversight structure, the board of regents and chancellor-elect work together in a manner similar to the school board and superintendent of a public school district. The arrangement provides that the president and vice-president of the regents work with the chancellor to select and prioritize the affairs of the regents and put items on the agenda of the 13-member council.

“I have said it before and I will say it again, the role of President and Vice President of NSHE are important positions as they hold agenda setting powers in coordination with the Chancellor and her cabinet.” , Moran wrote to McAdoo and Carter. “I have confirmed that communication between you and the Chancellor is no longer possible and therefore effective governance by the leadership of the Board of Directors is in question.”

Moran is laudatory in his note on the work Rose and her staff have done since becoming Chancellor in September 2020. He wrote that all NSHE employees have “the right to a safe, fair and fun work environment. and, also, the right to be free from reprisals, harassment and discrimination. Regents, he said, have an obligation to maintain whistleblower protection “whether or not we agree with the content of a particular allegation and / or allegations.”

McAdoo and Carter remained silent on the matter until last week, when they released a statement saying it was inappropriate for regents to comment on personnel matters. Most of the regents issued similar statements when contacted by The Sun, and some did not respond to requests for comment. Regent Amy Carvalho has called for a special reunion of the regents but will not go so far as to support Moran’s call for a vote on McAdoo and Carter.

Moran, in his letter, told McAdoo and Carter that by continuing to deal with the problem, he was acting out of an obligation to serve the public.

“As a board of directors (members), we have a duty to act prudently and in the best interests of NSHE and its mission,” he wrote. “The proper performance of this duty requires us to speak up and take action when we become aware of problems within the system that go against its mission, guiding principles, policies or the law. “