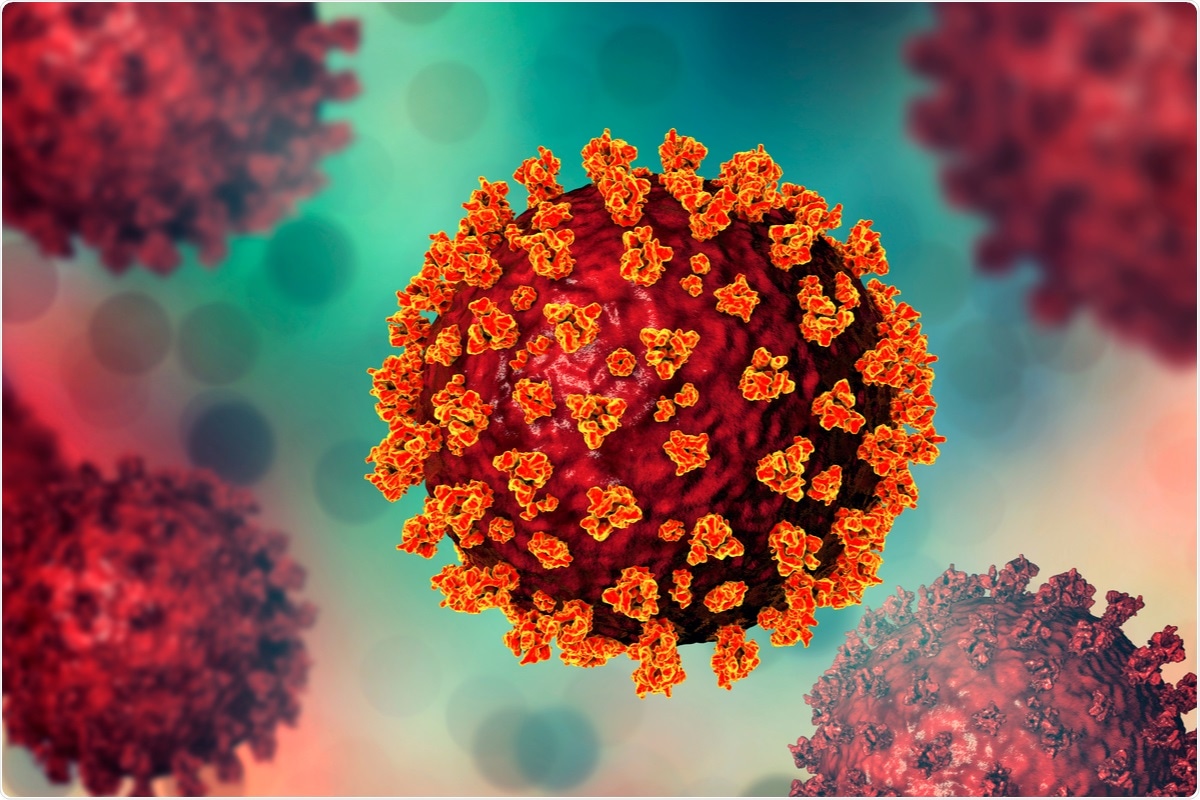 The novel Severe Acute Respiratory Syndrome Coronavirus 2 (SARS-CoV-2), which was first detected in December 2019 in Wuhan, China, is the causative agent of the current 2019 coronavirus disease pandemic ( COVID-19). This is the third documented case this century of an animal coronavirus spreading to humans and leading to a major epidemic.

The potential for contamination of human skin with SARS-CoV-2 virions may play a key role in the transmission of respiratory viruses, but little is known about the physicochemical processes governing virus-skin interactions.

Mode of transmission of respiratory coronaviruses

The transmission of respiratory viruses like SARS-CoV-2 usually involves the release of aerosols and droplets containing viruses by infected people when they cough, sneeze, breathe or speak. These can then infect others via direct mechanisms (eg, inhalation of aerosols) or indirect mechanisms (eg, contact with droplets containing the virus deposited on materials). Re-aerosolization after deposition, such as shaking a contaminated blanket, is another means of flanking transmission.

The mechanism of indirect transmission has been documented in several studies, and human skin-virus interactions play a key role in this mechanism. Some key factors to consider are the strength of adhesion of the virion to human skin, the hydration of the virion upon adhesion, and whether or not it retains its integrity after adhesion. Currently, there is a lack of understanding of the physicochemical characteristics of the interaction between coronaviruses and different surfaces. However, new research has been published on the bioRxiv* preprint server that documents molecular details of the interaction between human skin and SARS-CoV-2.

The virus interacts with the environment using its spike protein (S) which protrudes from its envelope. The research team examined atomistic molecular dynamics simulations of interactions between S and human skin. Human skin is, of course, a complex surface and, therefore, scientists considered two cases: (i) clean skin without hair or sebaceous glands, and (ii) skin covered with an oily, waxy layer (sebum ).

In the first case, the exposed surface of the skin corresponds to the outermost layer of the epidermis, also called the stratum corneum (SC). Researchers studied the interaction of S with “oily skin” and “clean skin” surfaces. Scientists note that the surfaces of the two types of skin have different molecular organizations (for example, the ability to build hydrogen bonds). They also considered wet skin simulations by placing a drop of water on each surface.

Overall, the researchers performed four sets of simulations – simulations of the wetting of the two skin models and their interaction with the spike protein SARS-CoV-2. In addition, as a reference, a simulation of the interaction of S with a phosphatidylcholine (POPC) was also carried out. To reproduce the physiological temperature of the skin, the temperature was set at 305 K and the CHARMM36 force field was used, which includes the parameterization of proteins, lipids and general organic molecules.

The simulation results show striking differences between the two skin types. In the case of clean skin, S adsorbs, keeping its long axis almost parallel to the lipid surface. This helps to maximize contact between the tip and the surface of the stratum corneum. In the case of oily skin, the spike protein maintains its orientation perpendicular to the receptor binding domain (RBD) of the host.

Scientists observed a strong interaction of S with ceramides in SC and triglycerides in sebum. The number of hydrogen bonds between S and the molecules of the skin is also much higher in the first case. Overall, the results imply that interactions with sebum will maintain the integrity of the hydrated SARS-CoV-2 peak. In the case of clean skin, disruption of the integrity of the virus is possible.

In this study, scientists only considered the S1 subunit of the spike glycoprotein and not the entire viral envelope. This can impact the potential change in orientation of the S protein and lead to a possible break between the S1 and S2 subunits. A second limitation is the omission of certain aspects of the model’s skin, such as roughness, porosity, etc. However, research that addresses these limitations is ongoing.

bioRxiv publishes preliminary scientific reports that are not peer reviewed and, therefore, should not be considered conclusive, guide clinical practice / health-related behavior, or treated as established information.

How Pento Raised $ 15.6 Million With Pitch